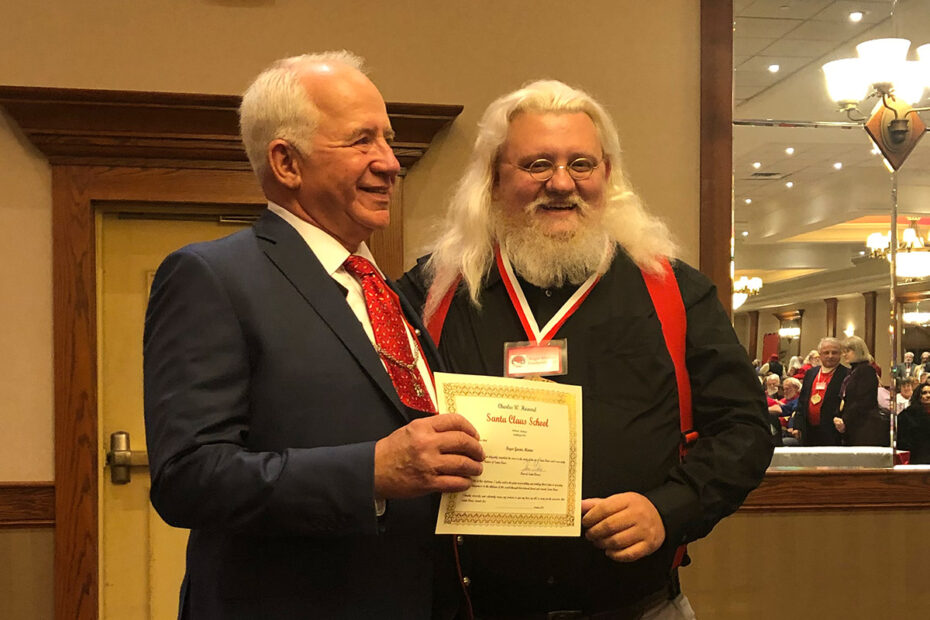 Minton earned his iconic red and white hat and the key to the cookie cupboard during the 40 hour curriculum.

Class lessons included Santa facts and legends, radio and television interviews, and proper use
of stomach muscles to say “Ho-ho-ho.”

“Among all the fun things we did in class, I learning from all the other Santas. It was a privilege to be with them for this.” said Minton.

“It’s quite amazing,” exclaimed Minton, “this is my second time coming to the C.W. Howard school and I am still learning.” As examples, Minton pointed out that Santa has 967 elves that work with him at the North Pole.
Further, he learned that reindeer have hollow hooves and the “clickety-clack” sound is from their ankles.

The Santa Claus School is a nonprofit organization with students from Germany, Ireland,
England, Norway, Sweden, Denmark, Greenland, South Africa, and Switzerland as well as the
United States.

Minton is currently polishing his belt buckle and sleigh bells as he gets ready to visit children and adults
throughout the greater Lansing Michigan area this November and December. No doubt you’ll see him or one of his fellow white beards as they help spread the holiday giving spirit.