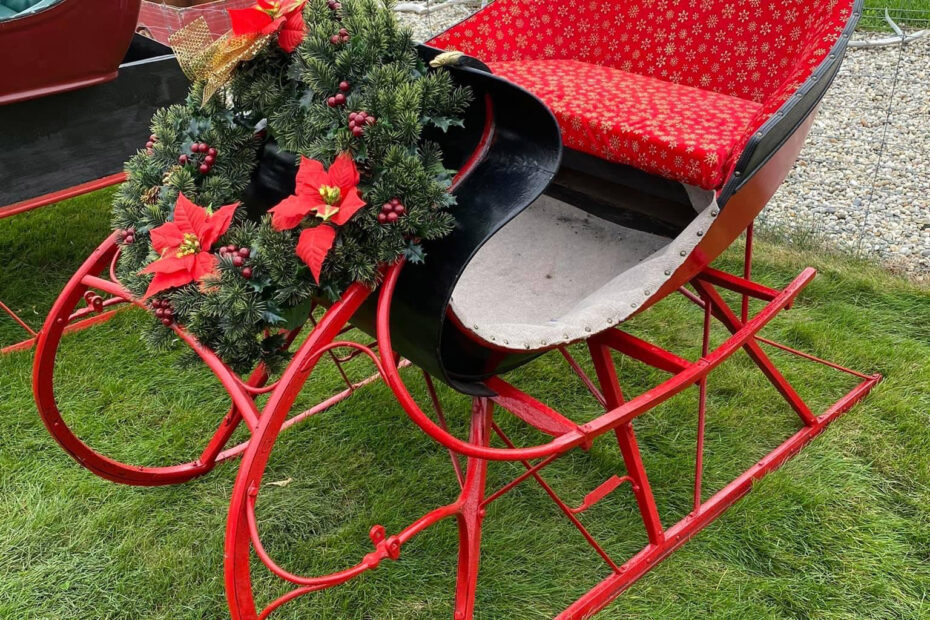 Santa’s got a brand new sleigh

Santa Roger was lucky enough to purchase an 1890 Albany Cutter Sleigh for the use in photoshoots and other events that would like to have an authentic antique sleigh for visitors to pose with Santa and Mrs. Claus.

A little history – the albany cutter

During the 1800’s an Albany company was famous for making sleek, luxurious sleighs before their all-wheel drive counterparts became the normal mode for transportation. Located on Broadway in downtown Albany, the James Goold Company was the country’s most prominent manufactures of carriages. But it was their sleigh designs, specifically the “Albany Cutter” that caught the eyes of everyone in the 19th century.

The beauty of the sleighs caught the eye of many artists during the era — and the “Albany Cutter” design soon became the “Santa Sleigh” in many illustrations and art during the time.